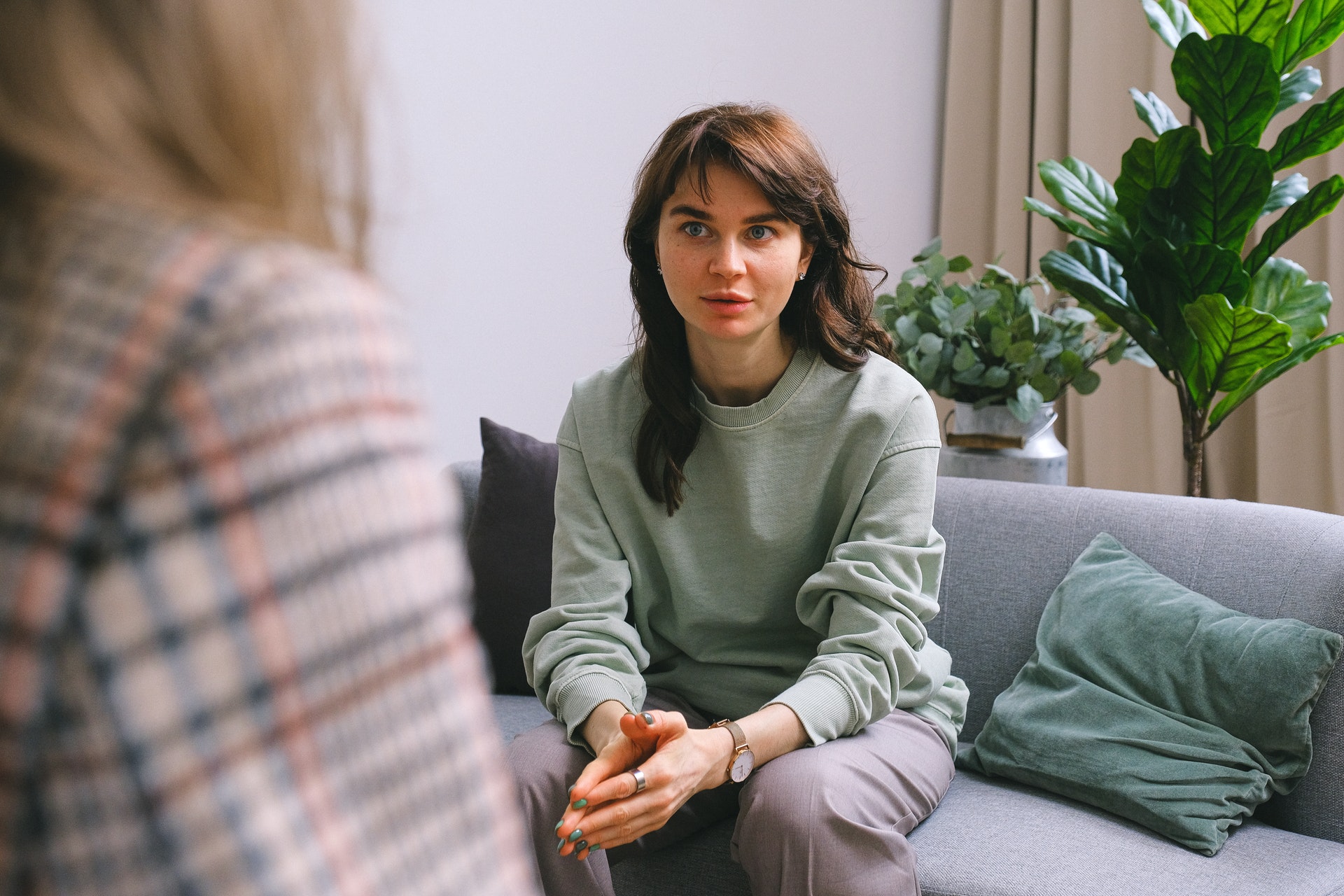 A Brief Description of Schizophrenia

Schizophrenia is a complex mental condition in which individuals view reality strangely. This serious mental disorder may result in hallucinations, delusions, and profoundly disorganized thought and behavior that limit everyday functioning and can be impairing.

Schizophrenia treatment is lifelong. Early treatment may help get the symptoms under control before more serious problems arise and positively affect the long-term outlook.

It’s not clear why some individuals suffer Schizophrenia and its symptoms.

Some elements appear to contribute to Schizophrenia’s development and progression. These things are:

Genetic factors: Although no one gene mutation causes Schizophrenia, those who have a close, genetically linked relative with Schizophrenia are at least 6 times more likely to acquire it.

Changes in the brain’s chemistry, structure, and function. This could mean, for example, that neurotransmitters like glutamate and dopamine, which help brain cells talk to each other, aren’t working as they should or are in abnormal amounts. It could also mean that different brain parts connect or work together in different ways.

Environmental factors include things like being exposed to malnutrition or viruses before birth, having an autoimmune disease, or living in poverty or stressful situations.

Use or abuse of drugs: This could include, for example, using drugs that change your mind when you’re a teen or young adult.

Positive symptoms are ideas, thoughts, or actions that are way out of proportion and show that the person can’t tell what’s real and what’s not. Here, “positive” denotes the existence of symptoms. Some of them are:

Delusional thinking is characterized by focusing on mistaken ideas despite “reasonable” evidence to the contrary.

If you tell a loved one they’re wrong; it could make it hard for you to talk to them.

Instead, acknowledge their beliefs and fears and ask them questions. This might help your loved ones come to their conclusions.

Negative symptoms are acts that people with Schizophrenia may struggle with compared to others, such as expressing emotions, communicating, and accomplishing daily chores.

The following are common negative symptoms of Schizophrenia:

Also, using drugs like marijuana, methamphetamines, or LSD for fun can cause some of the same signs and symptoms.

Compared to the signs of Schizophrenia in adults, they may:

What do people with Schizophrenia do all day?

They may not get up out of their seats for hours. Having to deal with these symptoms may make it difficult for someone with Schizophrenia to maintain employment, build meaningful relationships, carry out daily tasks, and express varied feelings, actions, and attitudes.

What is it like talking to someone with Schizophrenia?

A person with Schizophrenia may not answer as we would expect in a ‘regular’ discussion. Your statements may be answered with silence or a monosyllabic reply. In certain cases, a person may indicate interest in your topic, but their expression and tone may not match.

A person with Schizophrenia isn’t in touch with reality, so it can be hard for them to explain what they think and feel. Due to the above problems with language processing and communication, they may also find it hard to understand or process information.

As we’ve already talked about, someone with Schizophrenia might also have strange thoughts or beliefs, which can be hard to understand. They might even forget parts of the conversation because psychosis makes it hard to remember things.

What Can I Say to a Family Member with Schizophrenia?

The first thing to remember is that the person you love has an illness, not a character defect.

They are not crazy (a word that shouldn’t be used anyway) or crazy-making. In fact, if you’ve ever had any mental illness yourself, odds are you’ve been called crazy at least once in your life—but that doesn’t make it true, and that’s not how people with mental illnesses think of themselves.

There are some things you can say that will help your family members feel understood and cared for. Try saying something like:

“I love you and want to understand what you’re going through.” “I don’t know everything about your diagnosis, but I’m willing to learn more if you want to teach me.” “How can I help you right now?”

Another important thing is actually to ask how they’re doing and then listen. If they open up, try to avoid saying things that might come off as judgmental. A person with Schizophrenia has enough judgments against them from society as it is. It’s unhelpful when one of the people closest to them starts questioning their motivations or their choices, even if those questions come from a place of well-meaning concern.

What Should I Never Say to a Person who suffers Schizophrenia?

Don’t make statements like, “Why are you acting so crazy?

If you’re talking to someone with Schizophrenia, don’t use hurtful or insulting words. You do not want to hurt their feelings or make them feel bad about their condition.

Avoid bringing up their fears during an episode.

If someone you care about has a spider phobia attack, don’t talk about spiders. This will make them even more scared and panicked than they already are.

Please don’t Attempt to Convince Them That Their Delusions Are Unreal.

Trying to convince a person with Schizophrenia that their delusions aren’t real is one of the worst things you can do to them. People with Schizophrenia often have delusions, and it can be tempting to try to tell them that what they’re seeing isn’t real. But you can’t talk someone out of these kinds of thoughts, and trying to do so might make them feel more scared or upset.

Although there are numerous things not to mention to someone with Schizophrenia, everyone is unique. Another great way to help someone you care about is to urge them to get treatment for Schizophrenia.

How to Communicate Effectively

Does schizophrenia get worse as you get older?

When to Seek Medical Attention

People with Schizophrenia have to go to the hospital sometimes. This can happen for a number of reasons, including severe symptoms.

The doctors will strive to get you back to your family and community quickly.

How Empire Psychiatry can help if you or a relative has a mental illness or co-occurring problem.

We understand that getting help for a mental illness can be difficult, but at Empire Psychiatry, we are here to make it as easy as possible. Oftentimes, people with Schizophrenia have a hard time getting the proper treatment because they don’t have the resources or don’t know where to turn. We know how disheartening it can be when you need help and there’s nowhere to go. At Empire Psychiatry, we’re committed to helping you get the medication management that you need, whether you’re in New York City or any other part of the country.

We understand that it can be scary to seek medication management for Schizophrenia because of the stigma that surrounds it—it’s often shrouded in mystery and not talked about openly. That’s why our staff is dedicated to making your experience at Empire psychiatry one that is comfortable and allows you to feel at ease in the future.

We pride ourselves on being a non-judgmental environment where you can feel safe enough to open up about your symptoms and concerns so we can help you find ways of coping with them effectively.

Schizophrenia can be a difficult illness to understand and communicate with someone who has it. However, there are some ways you can help make the communication process easier. Remember to keep things simple, clear, and consistent. Be patient and understanding, and most importantly, be respectful. If you need more help in communicating with someone with Schizophrenia, please don’t hesitate to reach out to Empire Psychiatry for help- our team is here for you! To get started, schedule now and we’ll contact you shortly with follow-up information. 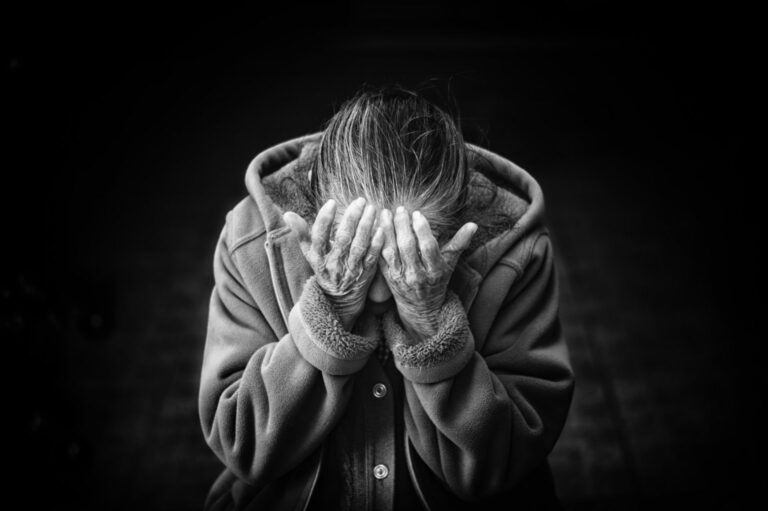 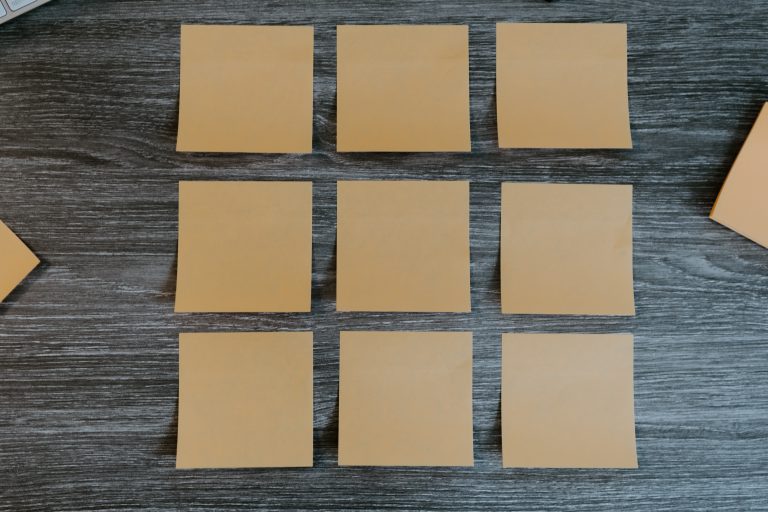 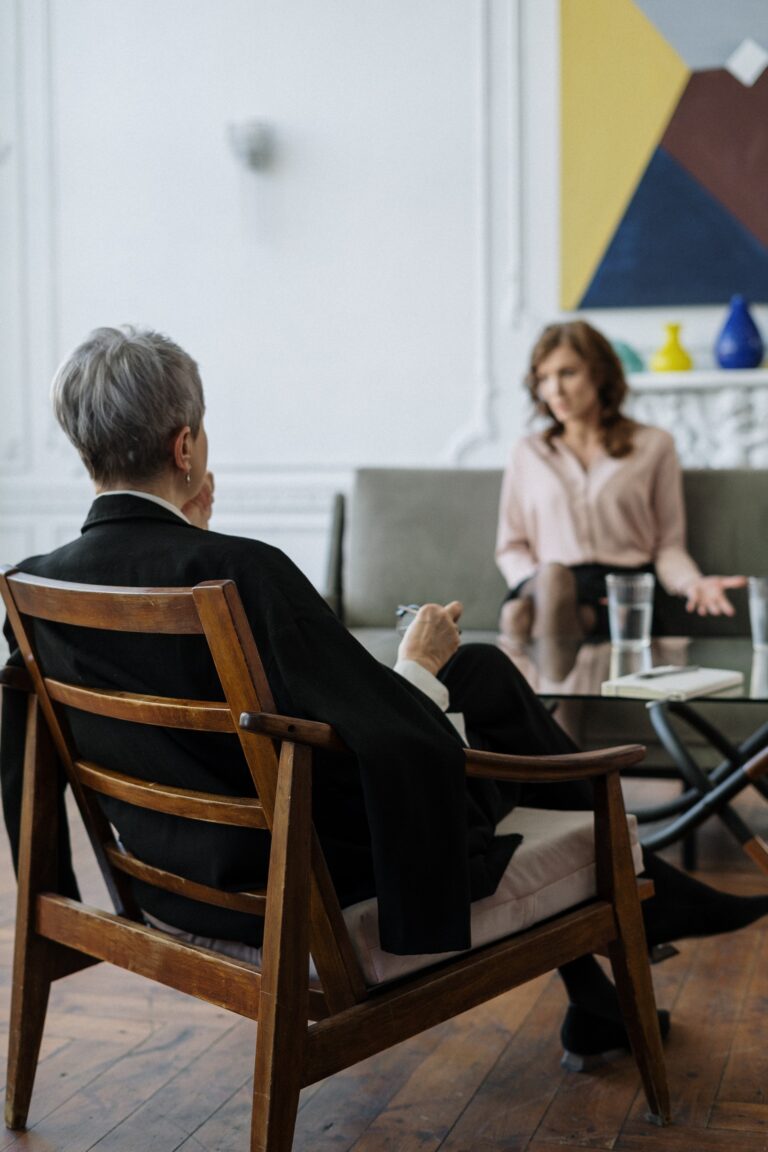 If you’re like most people, you probably think that finding a good psychiatrist in NYC is as easy as opening up the yellow pages and flipping to the psychiatry section. But what if you’re not happy with your current therapist and are looking for a new one? How do you go about finding a good… 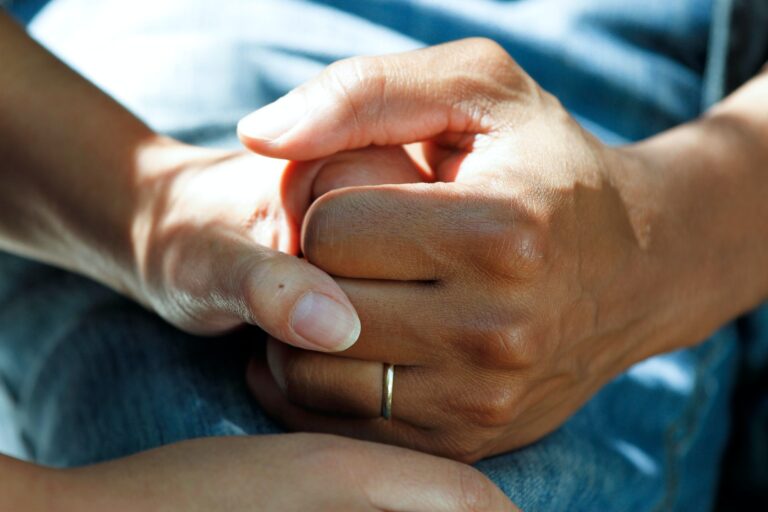 Psychiatric or mental health disorders are common. They frequently run in families. The most prevalent mental health issues were bipolar disorder, anxiety, and depression. These conditions and similar ones affect your emotions, ideas, and actions. It might be difficult to learn you have a mental health illness. There is however hope. For mental health, there… 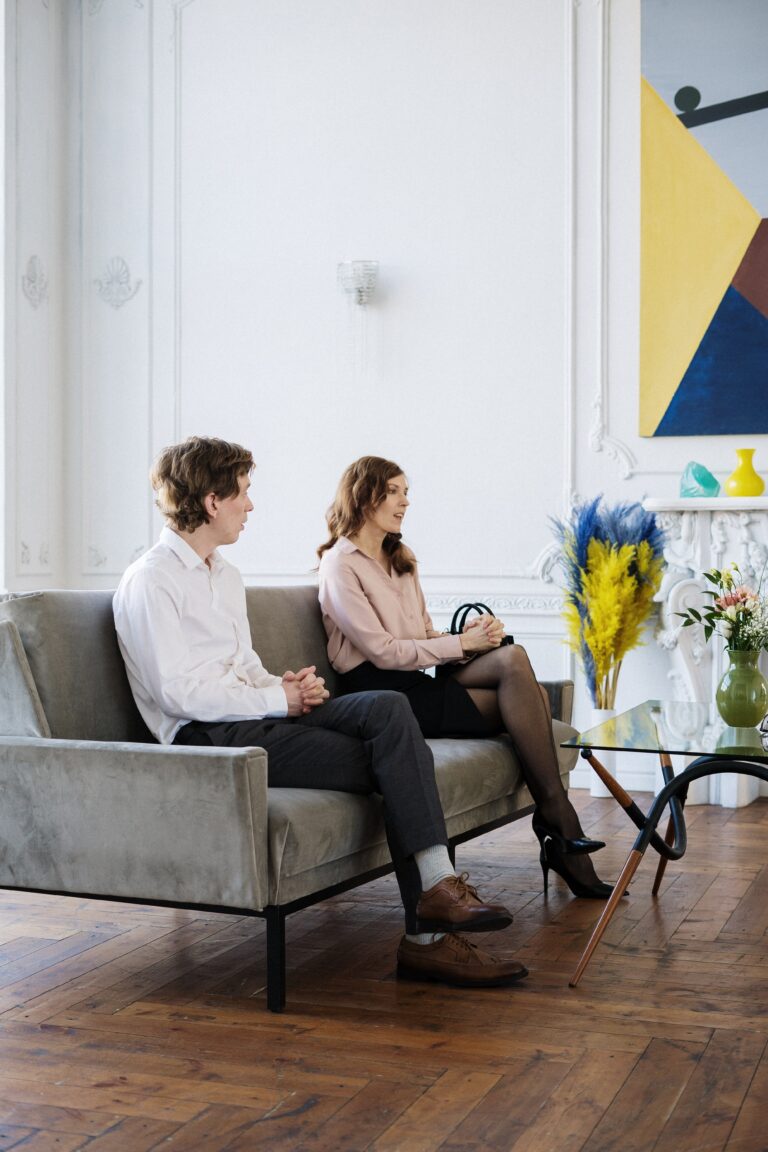 Mental health is just as important as physical health, and it’s crucial to have the right mental health professional to help you with any mental health concerns you may have. If you’re looking for a psychiatric evaluation or treatment in Huntington NY, it can be difficult to know where to start. Here are some tips… 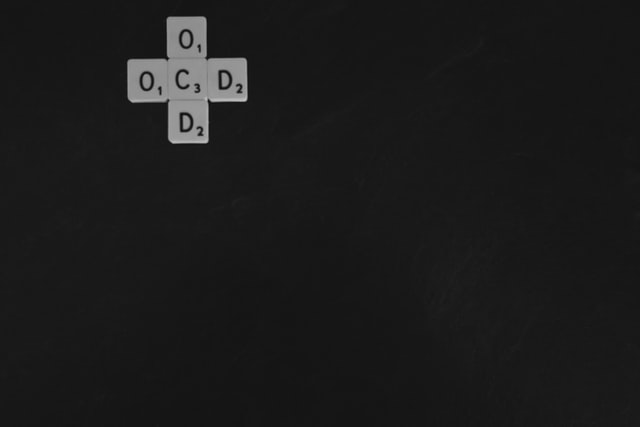